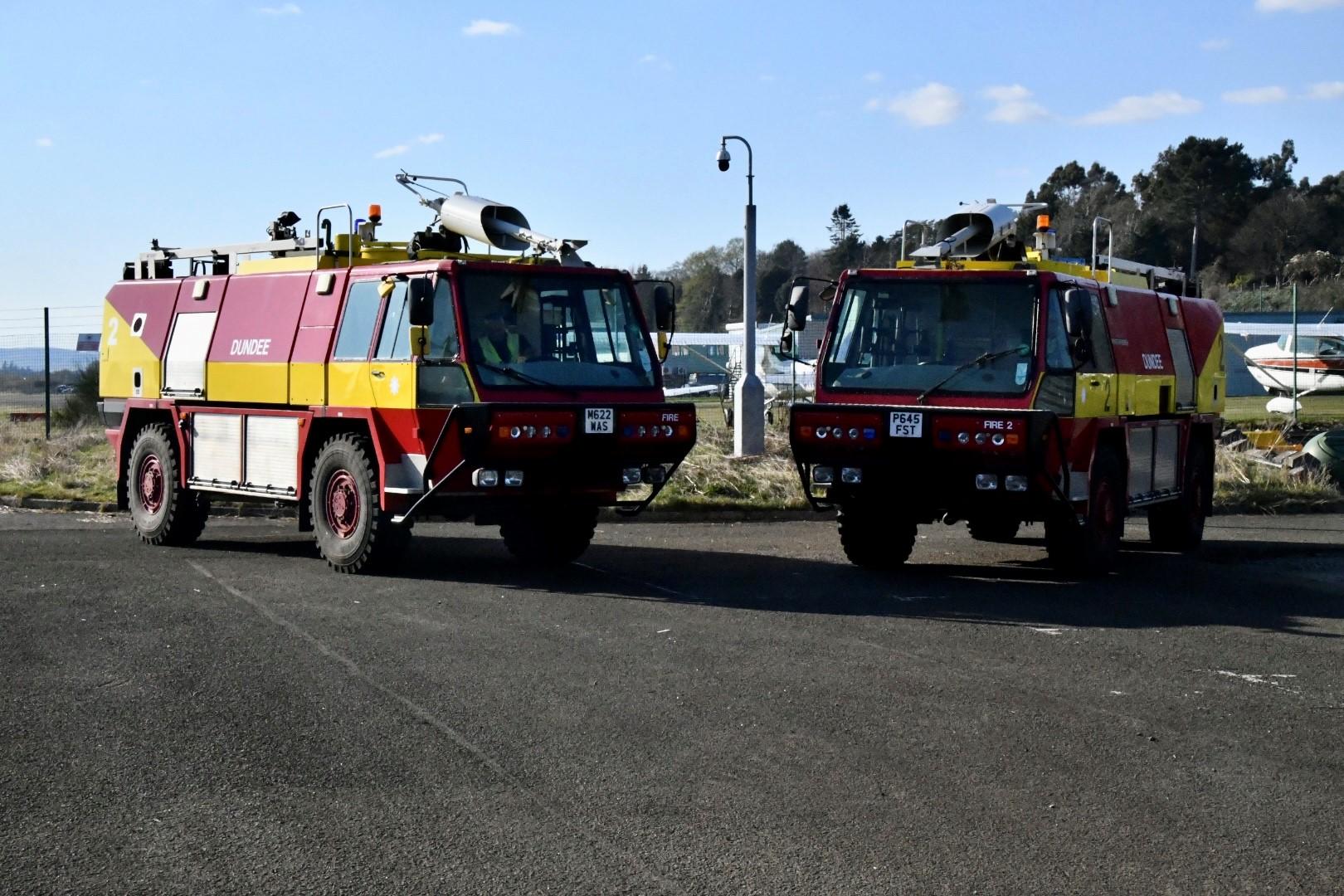 Firefighters with Highlands and Islands Airports Limited (HIAL) have donated £18,000 to support Ukrainians caught up in the war.

The money was raised from the sale of two vintage Predator fire engines which had been in service with HIAL since the mid-90s. The 20-tonne machines were sold at auction earlier this year.

Although the machines were nearly 30 years old, both were in pristine condition and were kept as auxiliary support for HIAL’s 26 modern appliances currently deployed at HIAL’s 11 airports.

The money raised will be donated to the British Red Cross Ukraine Crisis Appeal.

HIAL chief fire officer James Millar said: “Given the tragic events unfolding in Ukraine we wanted to support the aid efforts to help people in the best way we could. We had initially thought about donating the fire appliances to our fellow firefighters in Ukraine, but transport and logistic costs made that idea unviable.

“As part of our replacement and modernisation programme the vehicles were sold and on this occasion the proceeds will be forwarded to the British Red Cross.”

Red Cross teams in Ukraine have helped more than 750,000 people since the conflict began. This includes distributing 400 tonnes of vital aid, including food, blankets, hygiene parcels and warm clothes.

First aid training has also been delivered to over 42,000 people so they have the skills to treat their loved ones if needed.

The Red Cross has also been providing psychosocial support, and helping people regain contact with their loved ones if they've been separated. Red Cross teams in bordering countries are offering medical care and supplying food, aid and shelter to people arriving from Ukraine.

The old fire engines saw valued service at Islay and Campbeltown airports before being transferred to Dundee around 11 years ago.

For Dundee airport fire manager Andrew Lindsay, the sale was a poignant occasion because he began his career at Islay and remembered the Predator arriving at the airport.

Andrew said: “I’ve seen them come into service and now I’ve seen them go. Just prior to the engines being sold I was able to invite my grandson along to sit in the cabin and he was thrilled. These machines have been maintained expertly and could still do a job somewhere, although we don’t know who bought them. I’m delighted the money raised is going to support Ukrainians in their time of need.”

Pictured: Two vintage Predator fire engines, which had been in service with HIAL since the mid-90s, have been sold by HIAL. The £18,000 raised is being donated to the British Red Cross Ukraine Crisis Appeal.